Warlord Games produce their own figures as well as retailing those of other manufacturers. The majority of their own miniatures at the moment are sets of plastic Infantry similar in style to those offered by Perry and Victrix.

They are not as complex to put together as some other manufacturers, which leads to some of the moulded detail being not quite as distinct. The basic figures just need the backpacks and heads gluing on so assembly is pretty rapid. I found, with my very basic skills, that they painted up well. Ideal for building large units quickly and cheaply!

Some comparison shots are on the way. Meanwhile here are a couple of photos of a few painted and ready to fight! 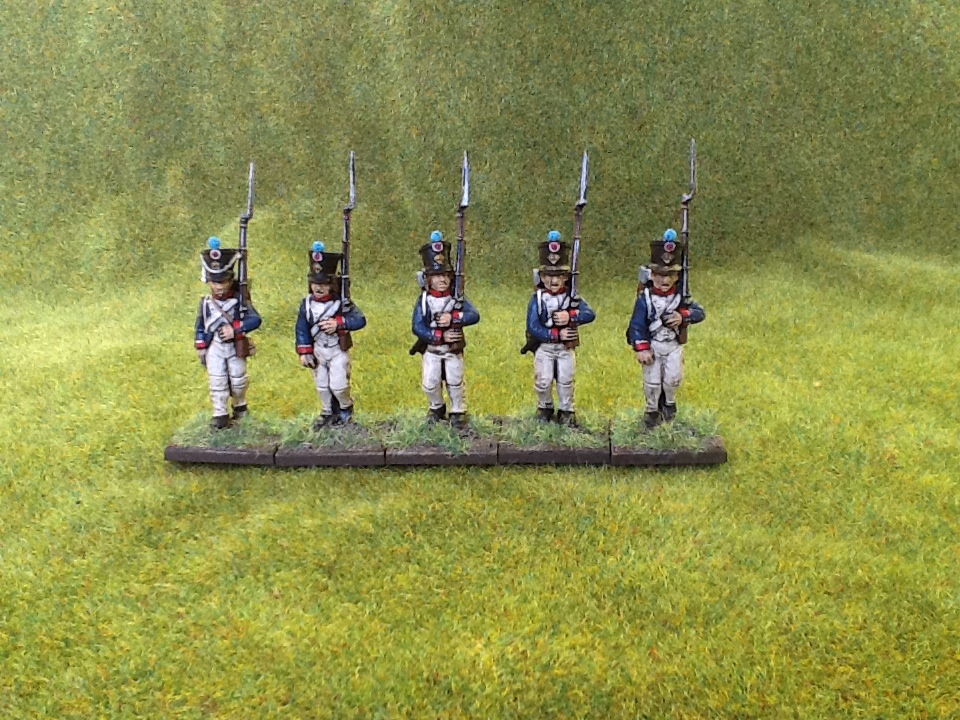