Entitled 'The Wild Bunch', the figures are inspired by characters from film and TV... 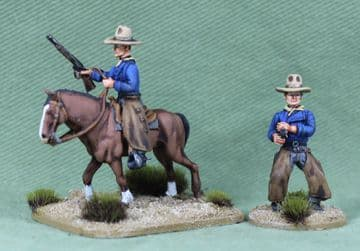 Crusader Miniatures have released a range of WW2 Romanian figures. The 'minor nations' seem to be very popular at the moment!

The brilliant Warbases are now carrying a range of figures for "post WW2 British conflicts". A bit of a vague description but the figures should be quite versatile!

The range is listed as 'Commando Miniatures', but I don't know if this is a separate company or some sort of offshoot of Warbases. There is a Facebook page for Commando Miniatures but clicking the link there takes you to the Warbases site anyway... 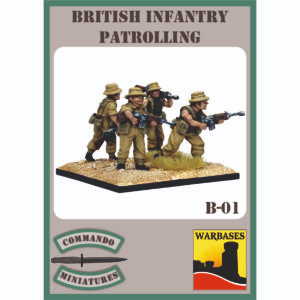 Email ThisBlogThis!Share to TwitterShare to FacebookShare to Pinterest
Labels: Warbases

The 'Russian Civil War' section of the 20th Century list has been updated to include Tiger Miniatures who have new ranges for this conflict.
They have various participants listed, although to me they all look like blokes in big coats and big furry hats... 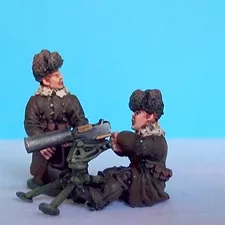 The WW2 page has been updated to include two new/newish ranges from  First Corps .

These are US Airborne and early-war British BEF figures. And very nice they are too... 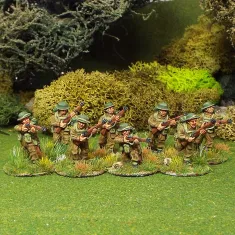 I know what you are thinking. Khurasan? They're 15mm guys, aren't they? Has 28mmReview gone a bit soft in the head?

In an interesting development, Khurasan Miniatures has launched a Medieval range in 28mm!

Available now are Late 12th Century knights wearing full mail without surcoats. It is an interesting 'mid-point' between the classic 1066 Norman look, and the equally classic mail/surcoat/helm era.

So is it just a bit of a dabble in 28mm, or the shape (or size?) of things to come? No idea! But you should pop over for a shufti! 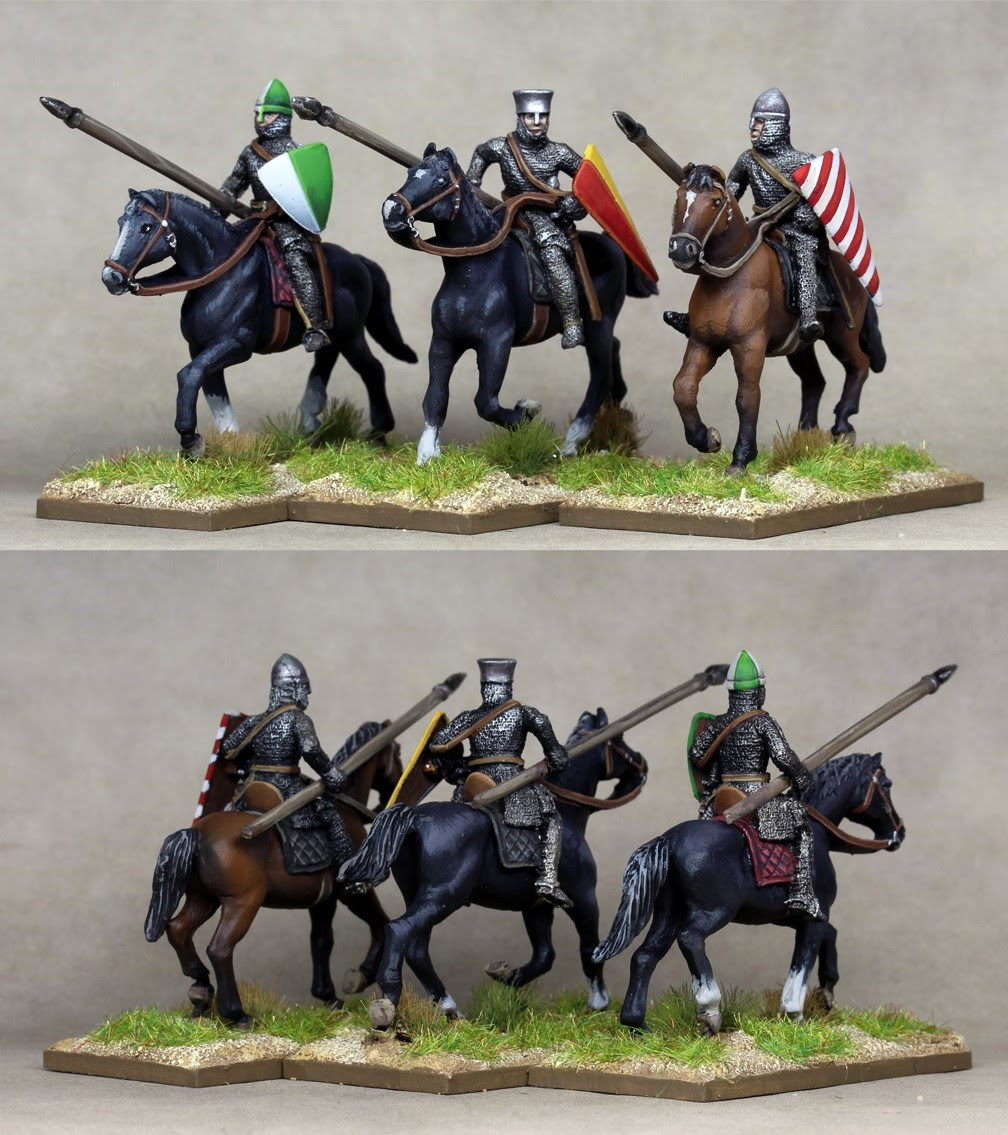 The latest manufacturer to be added to the Directory is Infamous JT .  They make a very nice range of WW2 Polish Resistance figures. Other than that, I don't know much about them!

While visiting various manufacturers' websites to check for new releases to keep the listings here up to date, I noticed that V&V Miniatures have released a range for the Crusades.
To my uneducated eye they appear to be most suitable for the 3rd Crusade, and include both Crusaders and Arabs.
They are made of resin, which does put some people off! They are, however, lovely looking figures...

The first batch of releases from Wargames Atlantic are now available to buy!
There are four sets of plastic figures, one each of Ancient Persians, Dark Age Irish, 19th Century Afghans, and WW1 Germans.
They have local distributors in the USA and UK and look like pretty good value with plenty of stuff in each box.
So pop over to their website for a shufti... Footsore Miniatures has launched an excellent-looking new range of figures for the Barons' War. Obviously they will be useful for other 13th Century conflicts as well... Fix-Bayonets has been added to the Manufacturers Directory.

A new manufacturer from the UK, they are starting with a range of WW2 German fallschirmjager. From the photos on their website it looks like they are going to be pretty good! 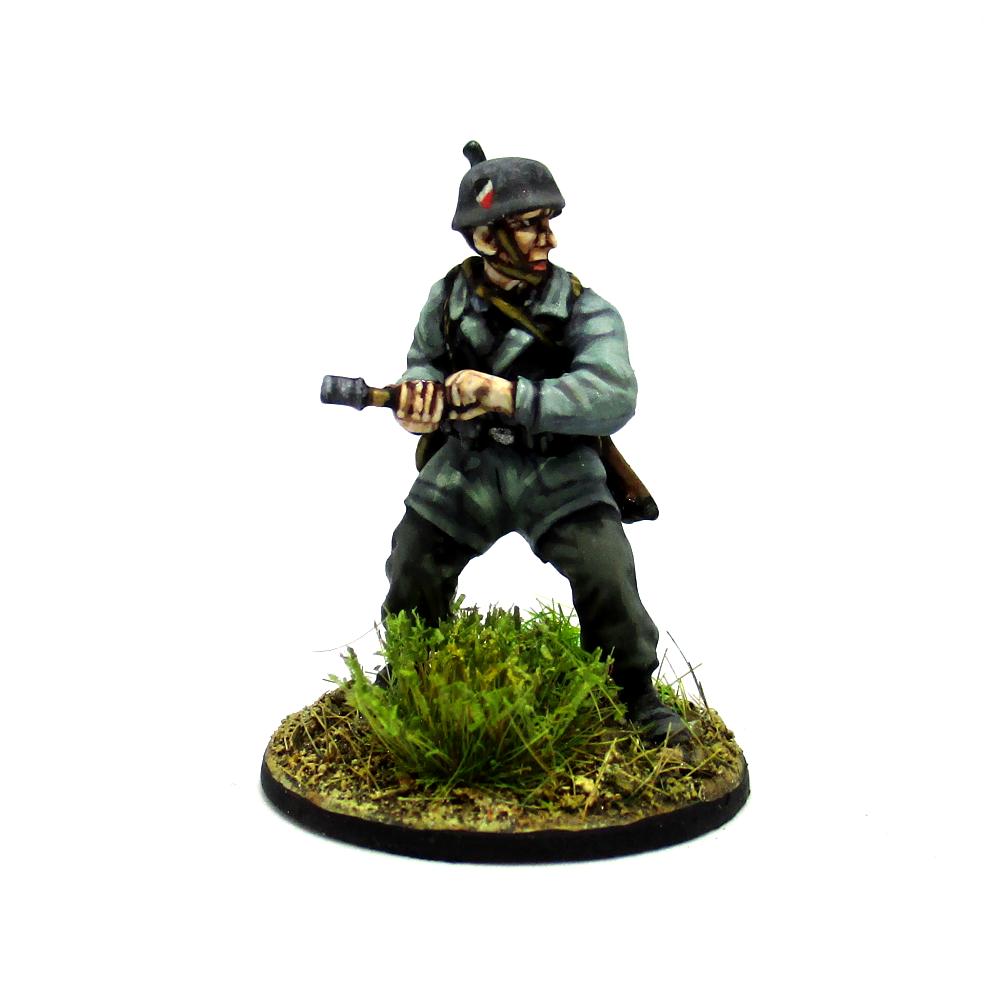 Email ThisBlogThis!Share to TwitterShare to FacebookShare to Pinterest
Labels: Fix-Bayonets

So it is now easier to see and buy their stuff! The figures can now be found on the Pontoonier Miniatures 'sub-brand' section of the Badger Games site!

The relevant parts of the Directory have been updated!
Posted by Cerdic at 14:08 No comments:

I've taken the opportunity to have a trawl round their ranges for new stuff that I didn't have listed, and have added a couple of listings to my Ancients and Medieval pages.

They are still open (for the moment) and have some good UK and International postage deals going!

Battleline Miniatures has been added to the Directory.

From New Zealand, these guys are mostly a 15mm company but also have a couple of 28mm ranges listed as Mongols and Samurai.

I don't know much more about them, but everyone could do with more Mongols and Samurai so go on over for a shufti...

Wargames Atlantic have been added to the Manufacturers Directory.

This is a company with some very ambitious-sounding plans! Already making fantasy figures, they are now branching out into historicals with the launch of a set of Persian Infantry.

It would appear that all their figures are multi-part plastic sets. The Persian set will build 40 figures for the very reasonable price of £25. Although based in the USA, they have local stockists in several parts of the world. In the UK you can buy from North Star so shipping is a lot cheaper!

Four historical ranges are currently being planned. 'First Empires' is billed as being from Akkadia to Alexander, 'Blood Oaths' is the Dark Ages, 'Imperial Conquests' 19th Century colonial, and 'The Great War' is....well, take a guess!

So, a very professional looking outfit to keep an eye on, I reckon!

1898 Miniatures have released the first of a new range of figures for the Thirty Years War.

Initial releases are some excellent-looking Spanish Tercios figures. The website features photos of these guys with great paint jobs so you should definitely pop over and have a look!