Another belated addition to the Manufacturers Directory today.

Gringo 40s make several ranges of figures, mostly focusing on North and South American subjects. They also have a range of Napoleonic figures that include less often seen things such as French Engineers of the Guard.

Well worth a look for beautifully sculpted figures of rarer subjects! 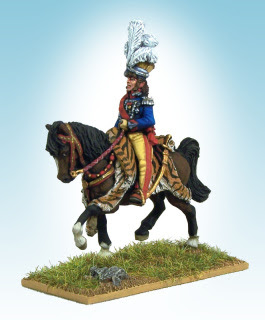