Shieldwall Miniatures only produce Vikings at the moment and are sold via Gripping Beast. I believe they share the same sculptor and the styles are certainly very similar!

The figures come with separate shields and weapons but spears need to be bought separately. The moulding is good quality with virtually no flash. These are nicely animated figures that would be a worthwhile addition to any Viking army!

On to the comparison photos.... 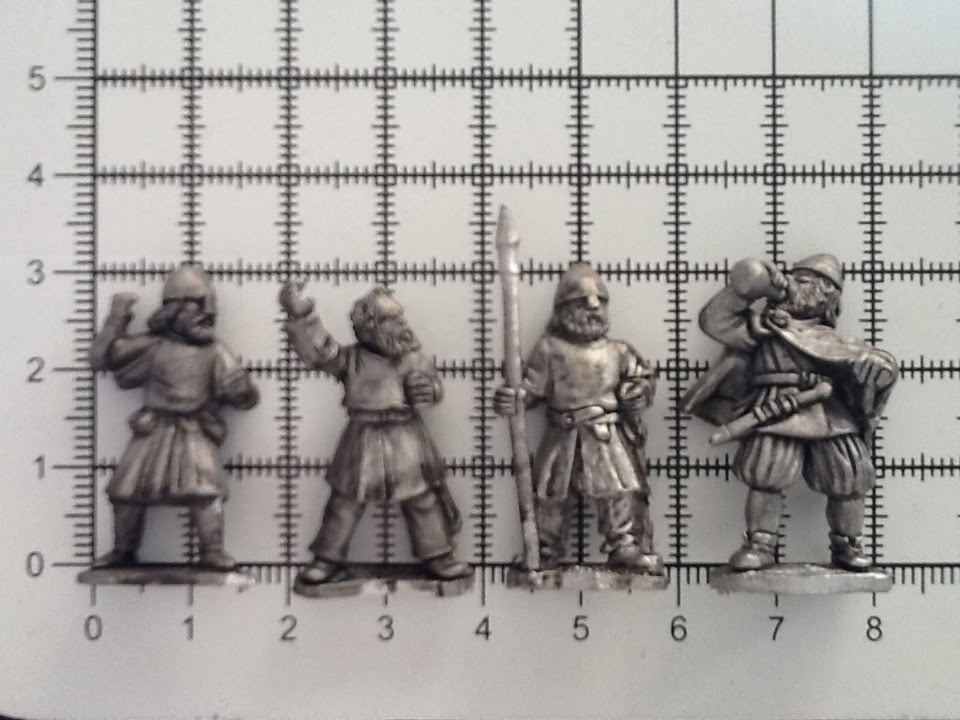 Next is, from left to right, Shieldwall, Foundry and Gripping Beast plastic. 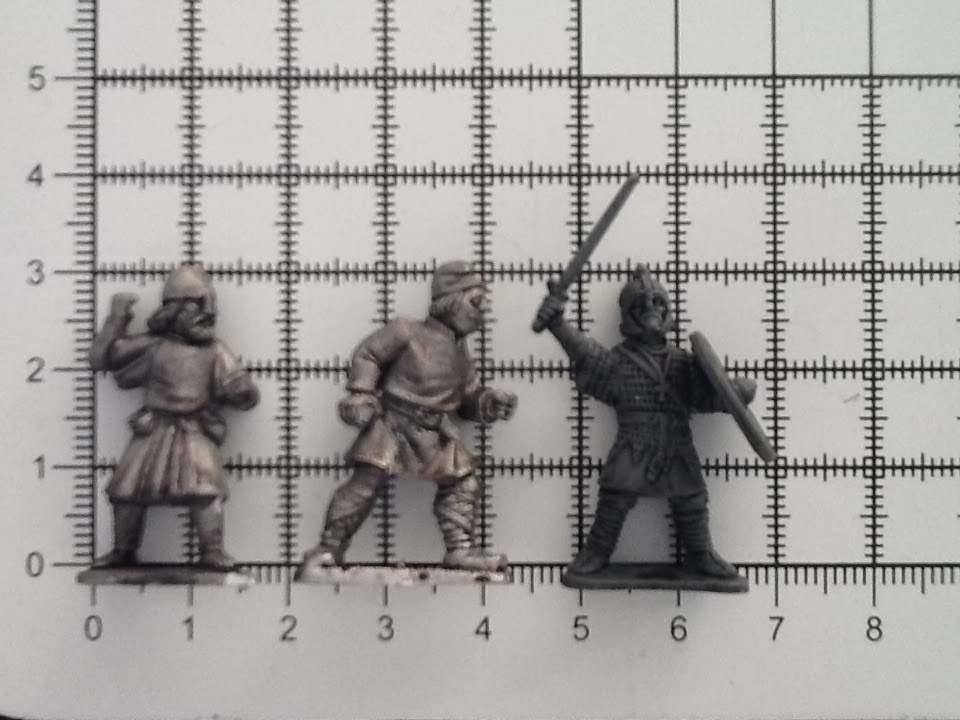 Here is, from left to right, Shieldwall, Newline Designs, Redoubt and Renegade. 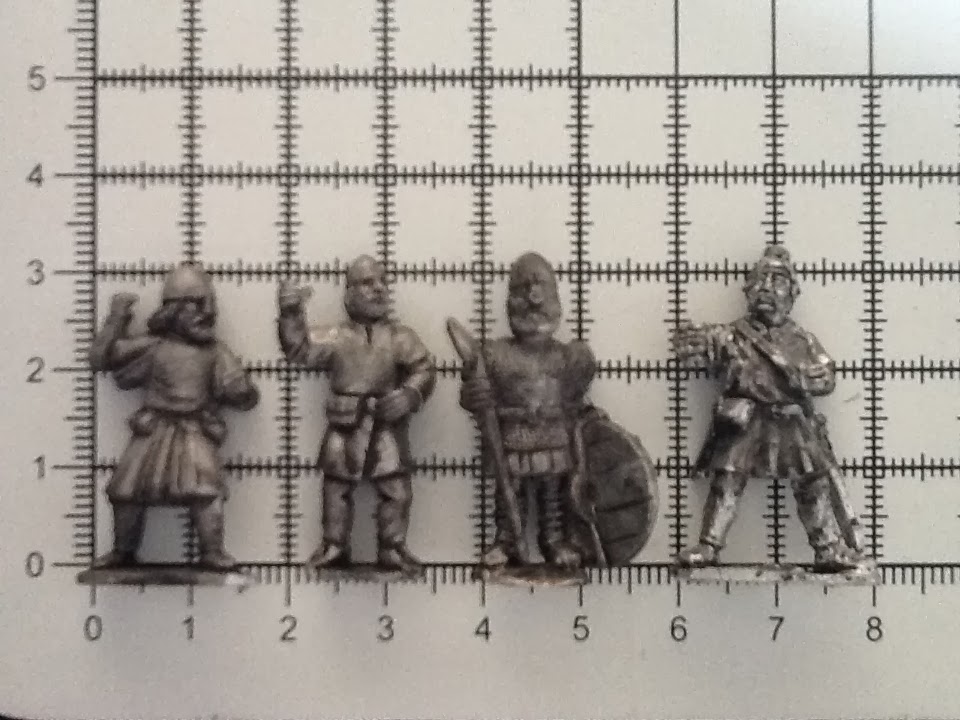 And finally, from left to right, Shieldwall, Tanatus and West Wind. 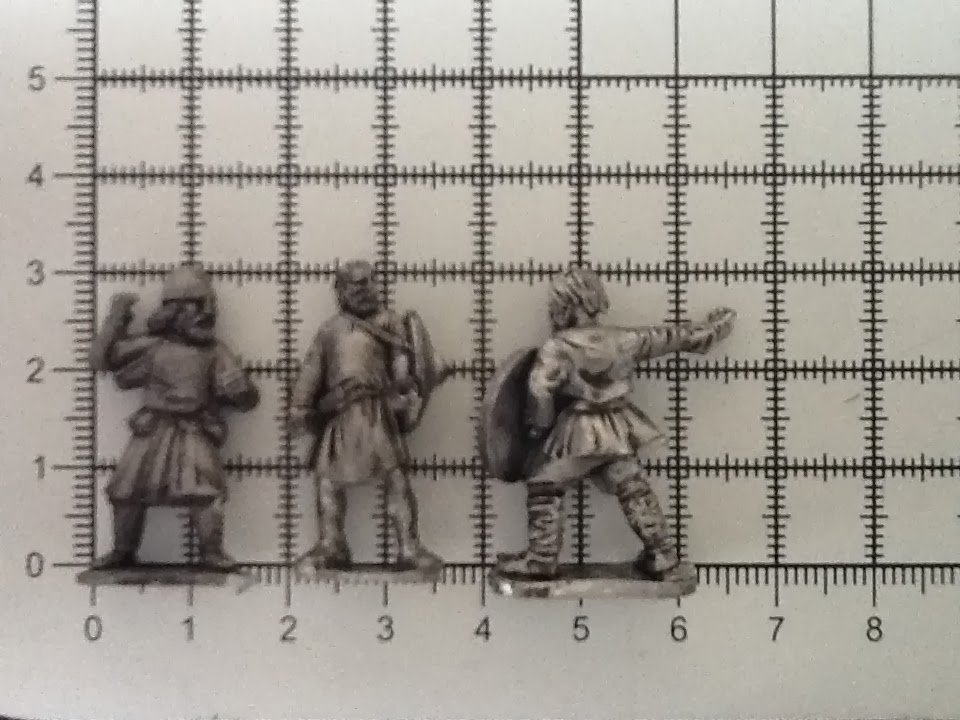 Bicorne Miniatures produce four different ranges of figures, Bicorne Miniatures, Connoisseur Range, Firing Line Miniatures, and Campaign Range. Each of these ranges includes Napoleonic figures and each appears to be different in terms of size and sculpting style. Overall, it would appear that one way or another Bicorne can supply a pretty comprehensive selection of Napoleonics!

I found the figures to be quite 'old school' in appearance, especially the Bicorne and Connoisseur examples. Something about the poses, I think! The Firing Line and Campaign range miniatures had greater definition of detail and look like more modern sculpts in style, despite being the shorter two of the four. 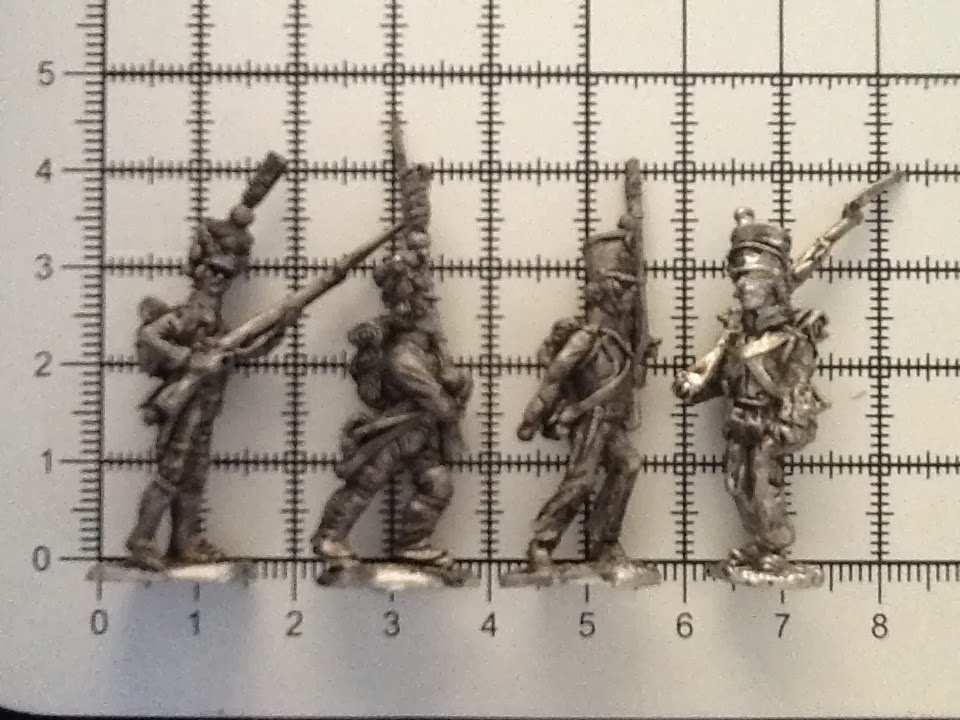 Next, from left to right, we have Bicorne, Firing Line, Perry and Victrix. 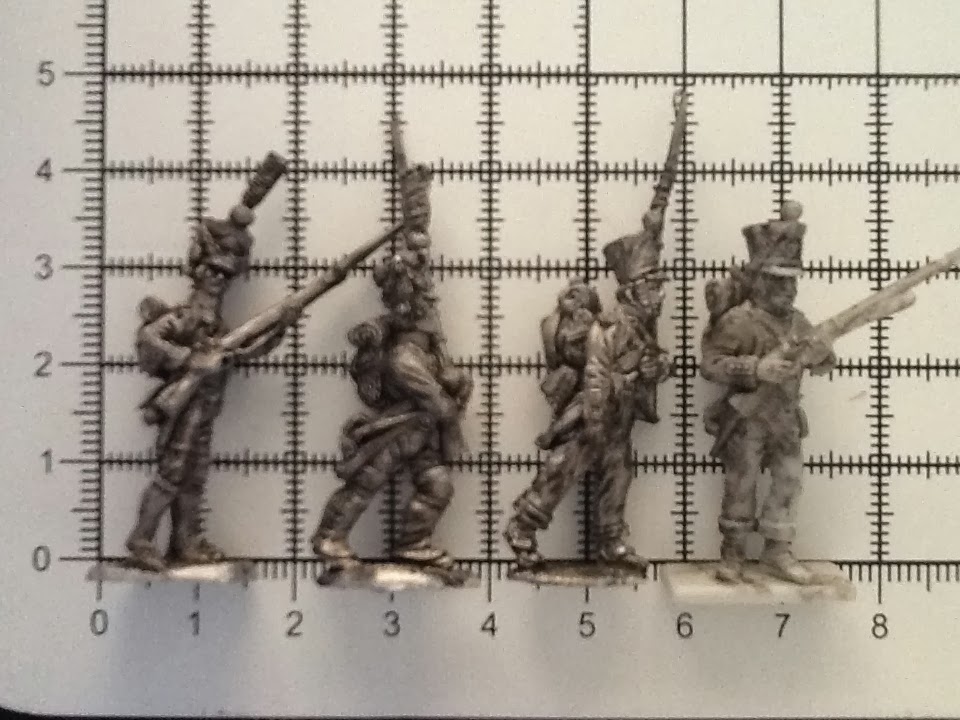 Here we have, from left to right, Bicorne, Firing Line, Front Rank and Warlord Games. 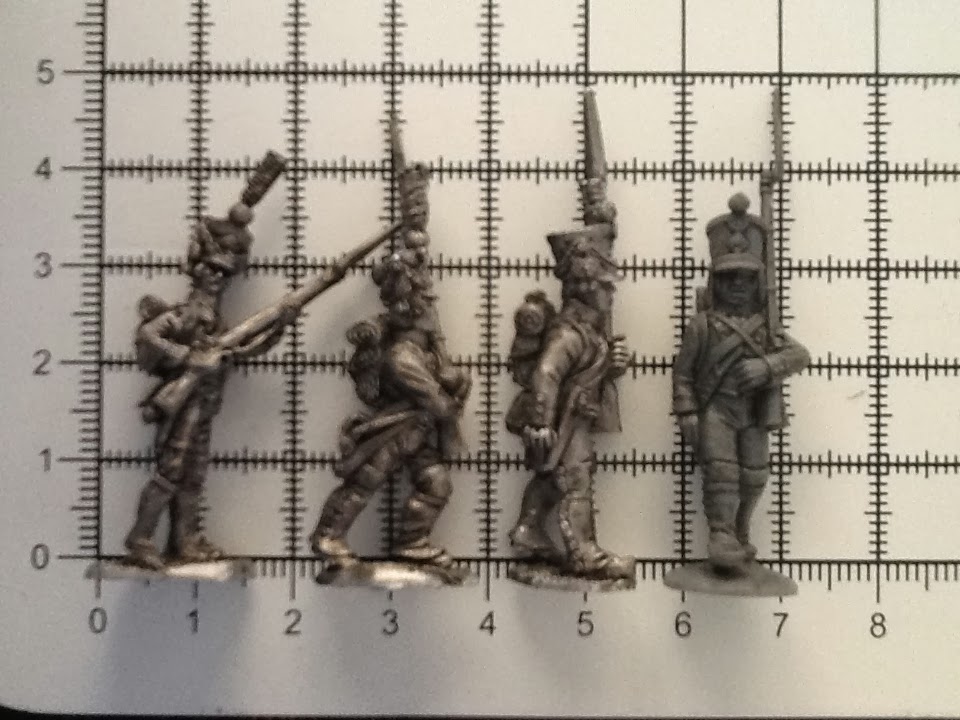